You don’t come on holiday or for a break to have the same food you can find on your homogenised High Street do you? No, you want to experience the things you can’t find at home. You want new flavours to tickle your taste buds. You want to be excited by trying new things while you enjoy new landscapes.

So here’s some ideas to get you going… 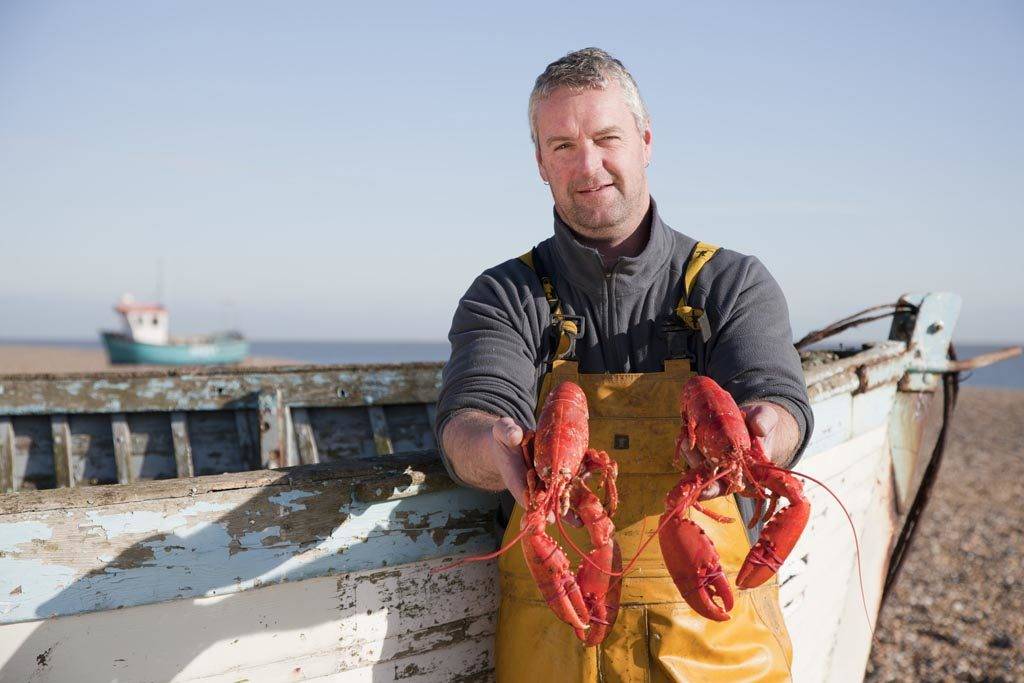 Seaside Aldeburgh is famous for being home to Benjamin Britten, but it’s food offering is up there too.

Just look at that photograph – look how tasty and succulent those lobsters look. Uhm. This is actually just one of the fabulous fish and shellfish you’ll be able to buy from the fishermen’s shacks on the Aldeburgh shingle from where they launch their boats and brave their lives to bring home the catch.

Aldeburgh Fish and Chip Shop is the most famous in Suffolk. If you see a queue on the High Street then you’ll know it’s frying time. Take your freshly-cooked produce to the Promenade or go next door to the pub beer garden – you’re welcome as long as you buy drinks (the pub doesn’t serve food). 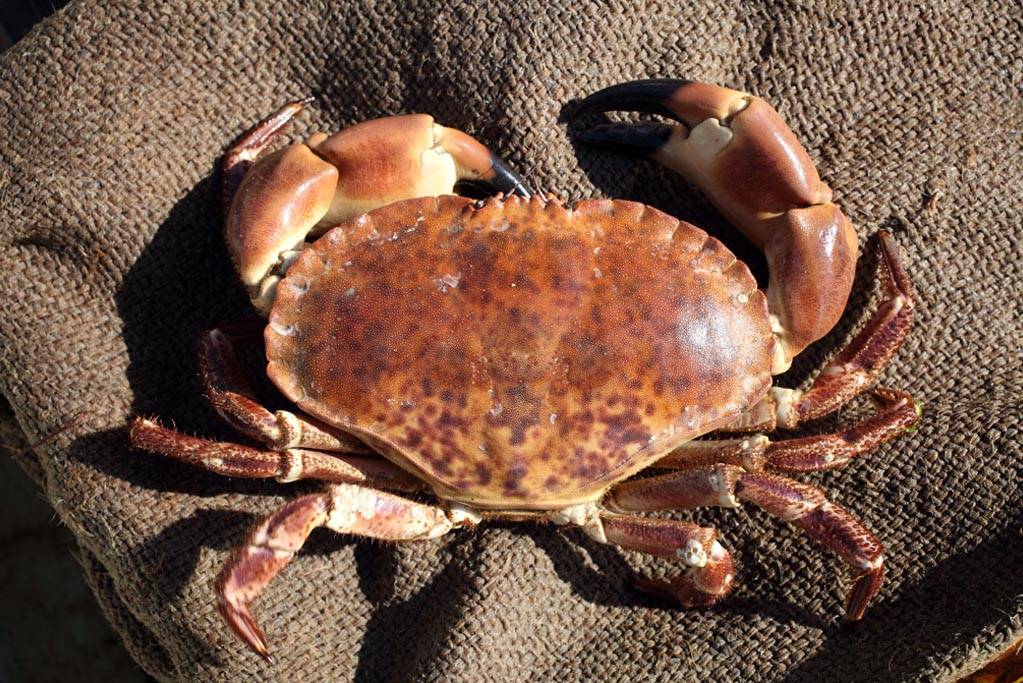 Cromer crabs are as distinctively Norfolk as pasties are to Cornwall and fizz to northern France. Why are Cromer’s better than anywhere else? Because they feed off the world’s largest chalk reef just offshore which makes them extra tasty and succulent. You’ll see them sold at the front of fishermen’s cottages (you’ll have to prepare them yourself) or in the wet fish shop. Or you won’t go wrong with a crab sandwich from a local eatery. 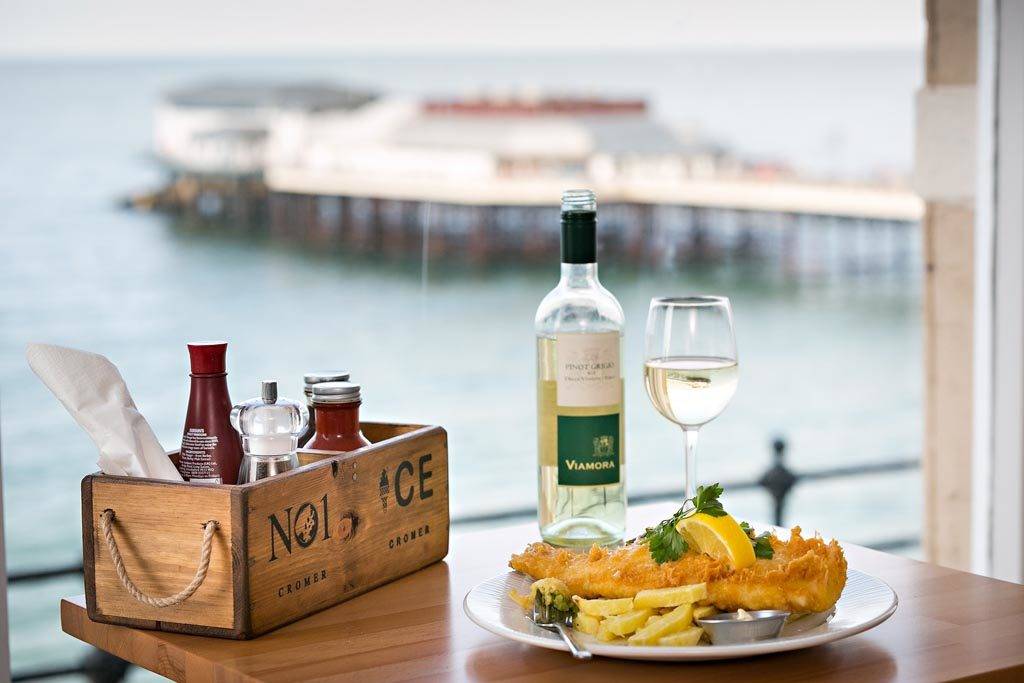 This is also the place for fish and chips. Yes, yes, we know everywhere and her husband have fish and chips, but it’s all about context. And that context is fish and chips by the seaside, whether in a restaurant overlooking the sea or sitting on a bench on the Prom (watch out for dive-bombing seagulls intent on a thick wedge of spud). There are two in Cromer we’d recommend, No 1 Cromer  and also Mary Janes. Other shops are available. 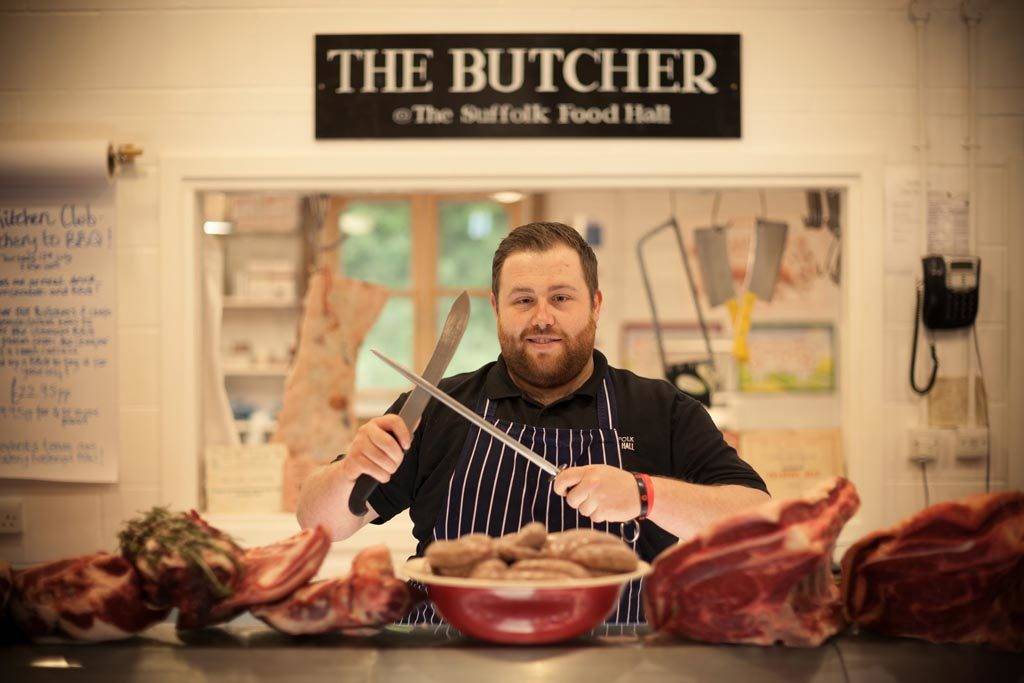 A destination in itself, the Suffolk Food Hall has an artisan bakery, a full craft butchery, a full deli counter, fresh greengrocer and homemade delights along with a café with indoor and outdoor seating. All good reasons to go, but it’s the view of the Orwell estuary and bridge that gives it the ‘Wow!’ factor. If all that food has made you immediately hungry, head to the restaurant where you get an even better view! 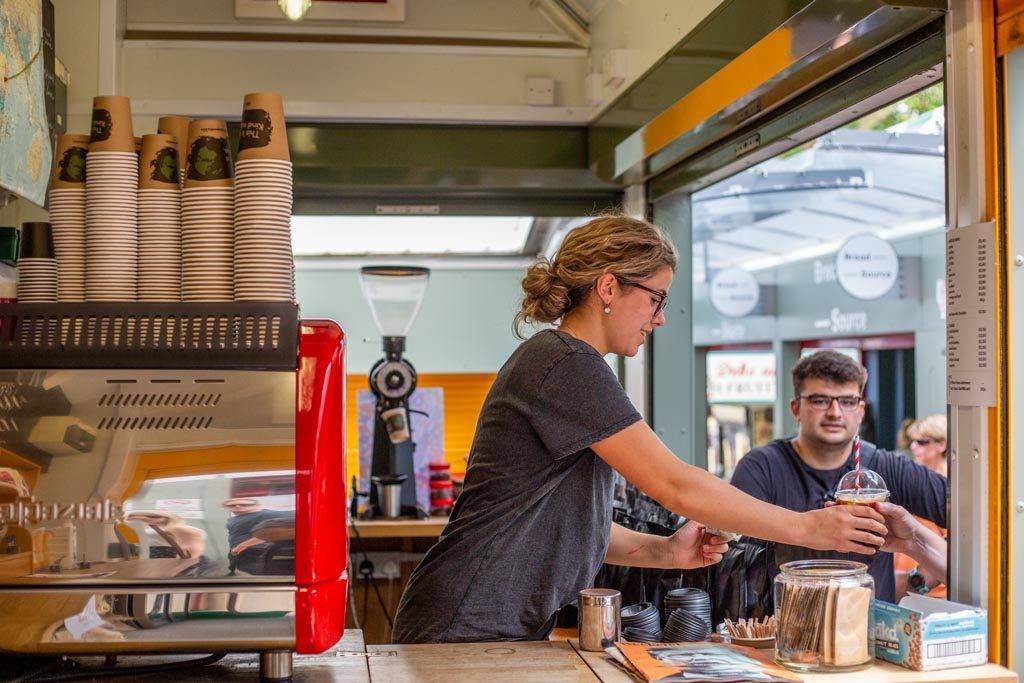 Norwich Market has been in its current site for over 900 years and whilst a fair amount has changed, it remains the heart of the city centre. It’s also the largest permanent covered market in Europe. In 2019 it was voted ‘best large outdoor market in the country’ at the Great British Market Awards.

The market sells everything you would expect as well as a few you might not, like vintage clothes, second-hand books and haircuts. In recent years the market has seen an explosion of food and drink stalls from around the world so it’s the place to visit for breakfast, lunch and take-away artisan coffee, tea and cake. Our recommendation? You have to try the chips, with lashings of vinegar and salt. Delish! 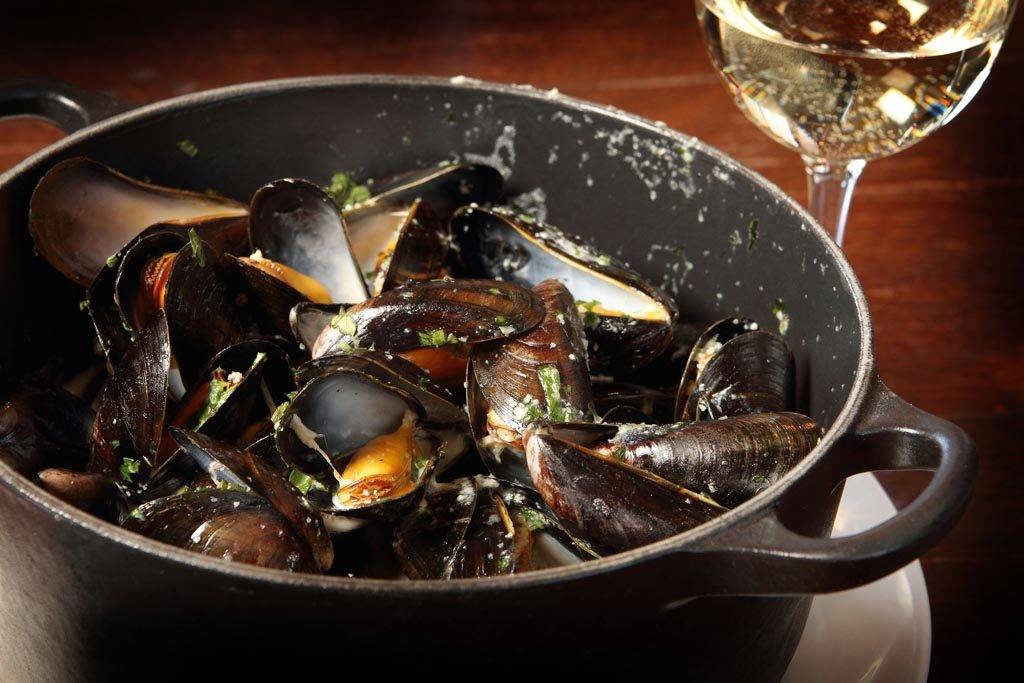 As well as some great eateries, a fab medieval castle and lovely waterside walks, Orford is also home to Pinney’s of Orford. Growing oysters at Butley Creek since the 1950s, Pinney’s traditional smokehouse supplies freshly-smoked fish every day and their two small fishing vessels, Jolene and Southern Cross, bring home fresh catches of shellfish, skate, cod, sole and herring using environmentally-friendly methods such as pots, longlines and drift nets that only gently skim the sea bed.

Pretty much all the food we’ve described so far is healthy. But let’s remember, we’re on holiday and we can cut ourselves a little slack. In which case, two words… Great Yarmouth. Here’s a few more… candyfloss, ice cream (make it a 99), seaside rock, sugar-coated donuts freshly-made before your very eyes (bet you can’t eat one without licking your lips) and, piece de resistance, chips from the market place – fried in beef dripping, slathered with lashings of vinegar and plenty of salt. Back to the diet next week… 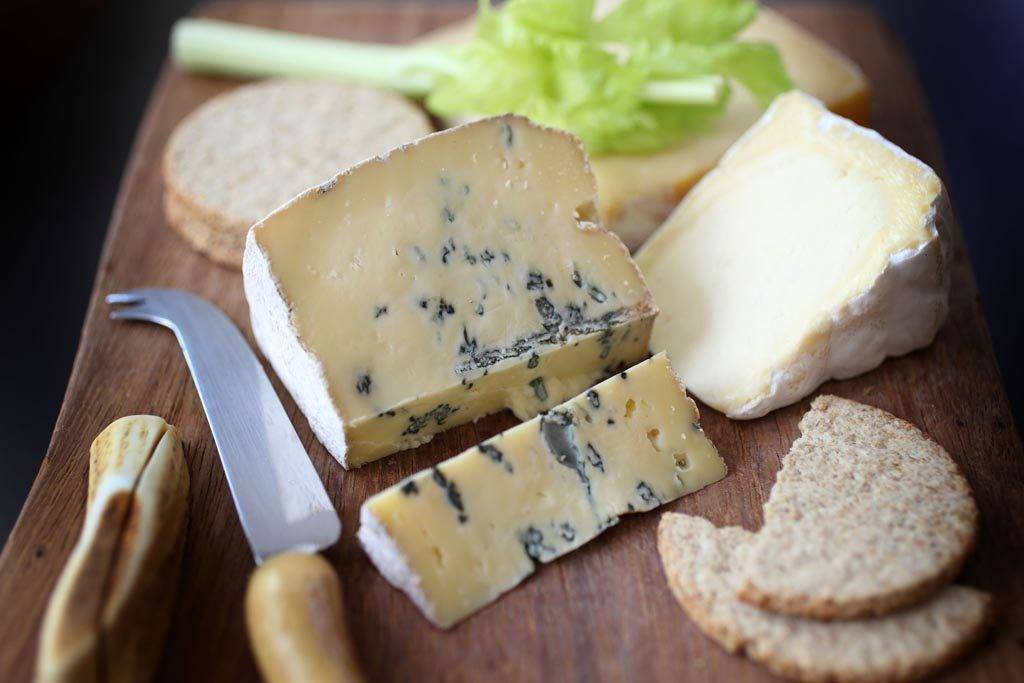 You don’t go here but it’s the location of Copys Green Farm where the redoubtable Mrs Temple makes marvellous award-winning cheeses from the Chalk Farm herd of Holstein Friesians and the Copys Green herd of Swiss Browns. You can get them in delis across Norfolk and Suffolk. Closest to the farm itself is the fabulous Walsingham Farm Shop.

Try a Binham Blue, a soft blue veined cheese. Once you get a taste for that (and you will), move on to her Copys Cloud, with a fluffy white rind and melting centre; Wighton, a fresh curd cheese; the hard, matured Walsingham; a supple mountain-type called Wells Alpine; or Warham, a semi-soft available in mustard, tomato and herb, or cumin flavours. 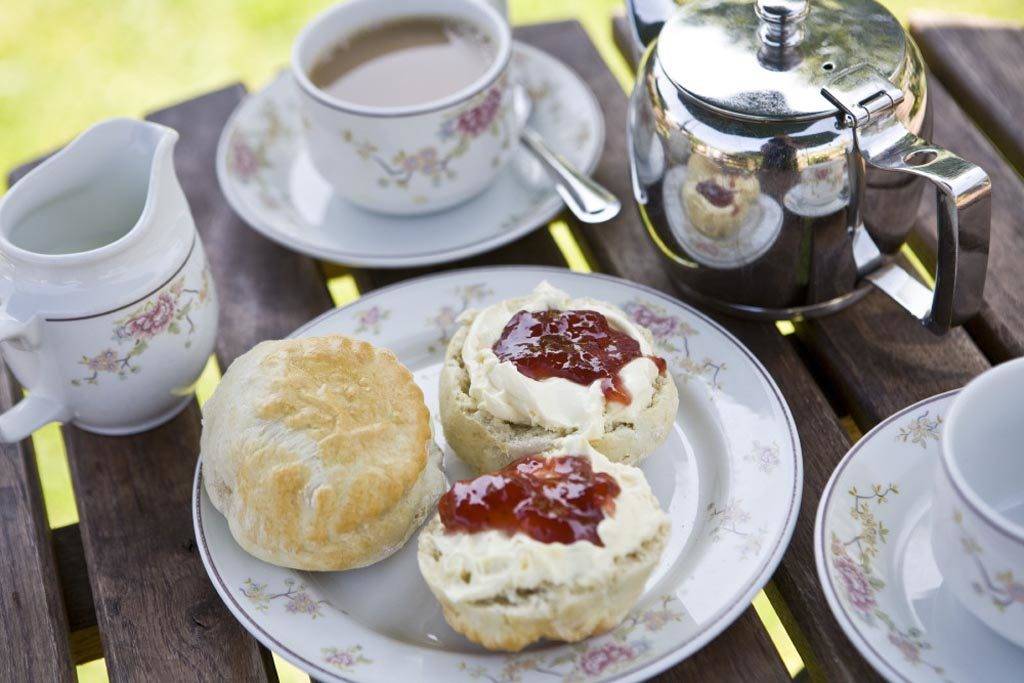 Cream first? Jam first? One of the most important culinary questions of our time. Looks like the National Trust have given us their official answer in the photograph above. Cream teas were one of the most missed things during lockdown which saw a huge rise in them being sent by post and courier. But now they’re back at the Trust’s Lavenham Guildhall Tea Room… and the choice of cream or jam first is entirely up to you! Personally, we’d put butter on first…

We did say food experiences – not necessarily eating. So… sugar beet.

Half of all the sugar in the UK comes from sugar beet – and most of that starts life in Bury St Edmunds, Suffolk and Cantley in Norfolk.

It’s an industry that’s worth over £800 million a year and it wouldn’t have happened were it not for the British navy blockading Napoleon’s ships in the Caribbean and preventing transport of sugar cane. The French, having a sweet tooth, had to find an alternative – sugar beet. Et voila!

Oh yes, the experience… drive downwind past one of the two factories. You’ll know what we mean.

And a few foods to look out for… 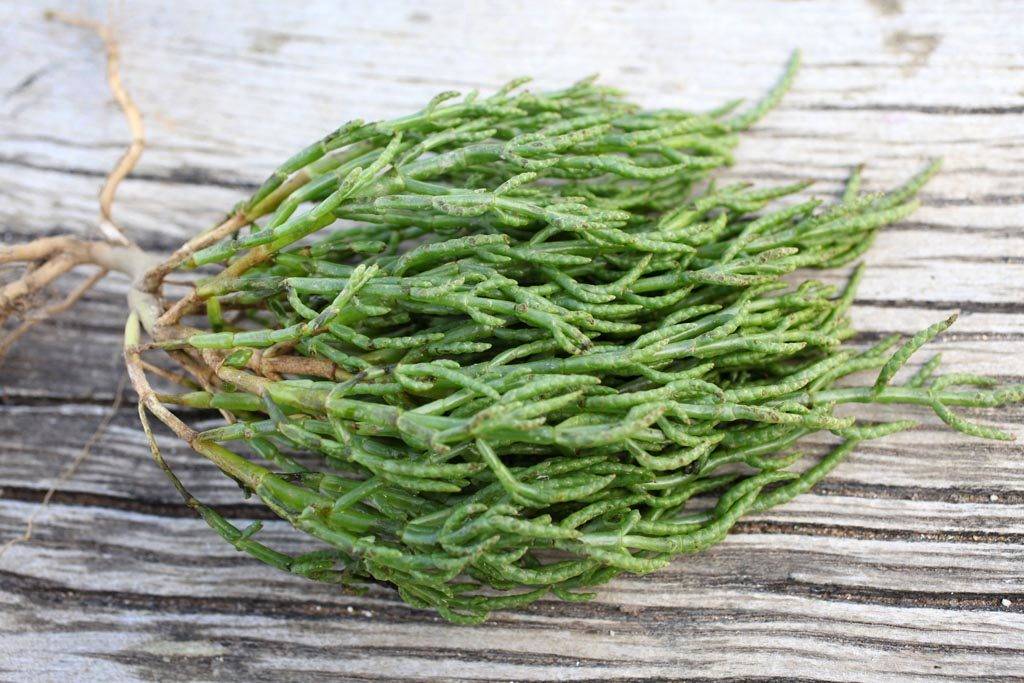 Known as ‘sea asparagus’, it thrives in our tidal salt marshes. Steamed and eaten with butter, it is SEN-SAY-CHIONAL! 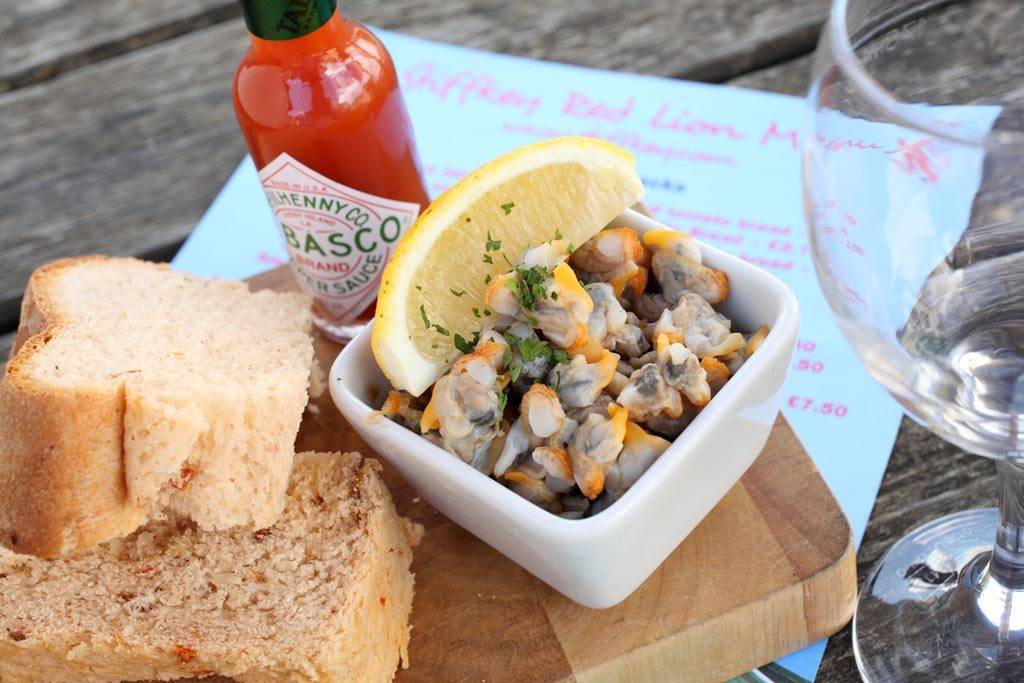 Also known as Stewkey Blues on account of their colour, a pale lavender to dark grey-blue, that comes from their habitat a few inches under the mud and sand. They’re still harvested with short-handled, broad rakes and nets. Traditionally the cockles are steamed, put in soups and pies, or boiled and eaten with vinegar and pepper. So good, Farrow & Ball have a paint named after them! 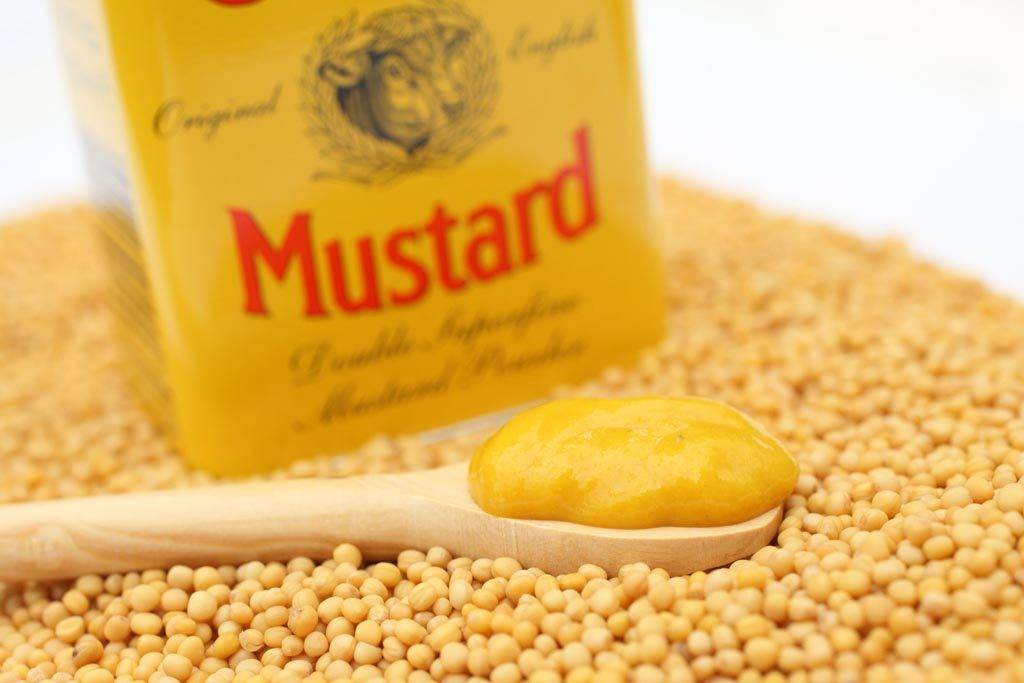 If you’re here in Spring you’ll see fields swathed in yellow. Much of it will be rape, grown for oil, but a lot of it will also be mustard. Norfolk is, as everyone knows, the home of Colman’s Mustard. In the early 19th Century, Jeremiah Colman took the idea of milling mustard and turned it into an industry. A former flour miller, he blended both brown and white mustard seed to create a strong English mustard. By the 1880s more than two thousand people were working at the Norwich factory, with another 4,000 earning their living directly through the company.

Although the factory is now closed, Colman’s English Mustard is still made with Norfolk ingredients. 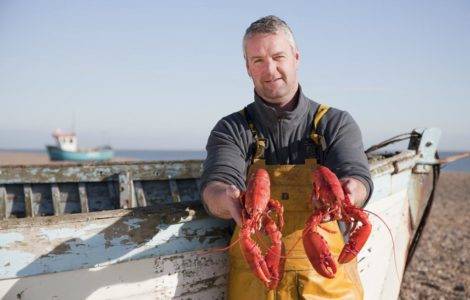