Unexplored stories – write your own next chapter

There are wonderful stories to discover when you visit East of England, whether it’s historical narratives you may not have known about, or literary connections… 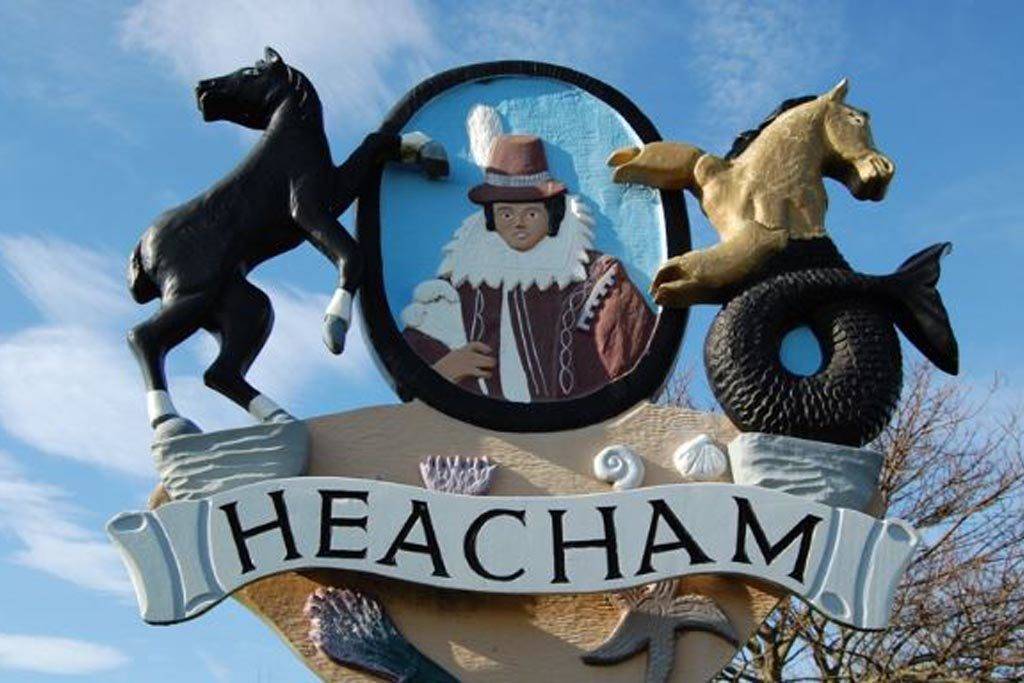 The Special Relationship between the United States and Britain began with the marriage of native Indian Pocahontas and Heacham-born John Rolfe. It was the first inter-racial marriage in the new territory, and Rolfe went on to save Jamestown by introducing tobacco. At the time the townsfolk were resorting to cannibalism!

So had it not been for a man from the East of England, Americans now might be speaking Spanish, Dutch or French!
The first Colonial couple visited Heacham, and had their son baptized in the church, but it didn’t turn out well. Pocahontas died in Gravesend before returning to America.

Hound of the Baskervilles, Cromer 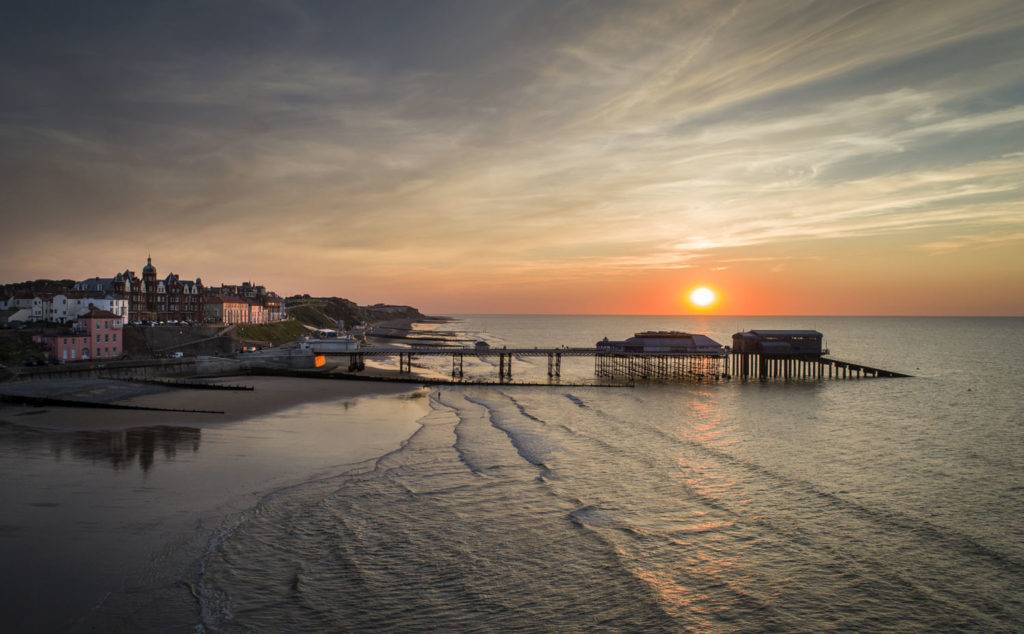 While on a golfing holiday in Norfolk in 1901, Arthur Conan Doyle dined with the Cabbell family at Cromer Hall. It was here that he was told about the legend of the horrifying dog Black Shuck, which became the famous hound. It is likely Cromer Hall provided the inspiration for Baskerville Hall. 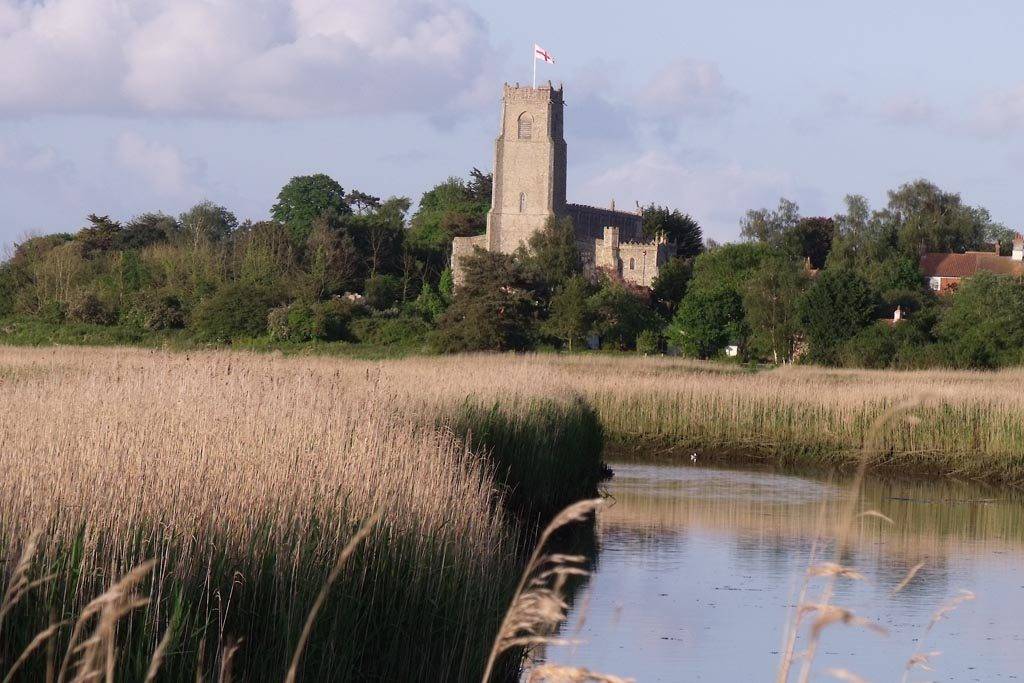 Grade I listed Holy Trinity Church at Blythburgh was at the epicentre of what’s thought to have then been the loudest explosion ever heard in the country, when a plane rammed to the gunnels with explosives blew up on a secret mission to destroy to Nazi missile bases in northern France. But there’s more… it was flown by John F Kennedy’s older brother Joe jnr, the man who was meant to run for the Presidency of the United States.

Read more about this and The Friendly Invasion

Author of the famous Swallows and Amazons series of children’s books, Arthur Ransome, moved to Suffolk in order to be nearer the sea, where he could more easily indulge his love of sailing, and he moored his yacht at Pin Mill on the Shotley Peninsula. It was in this peaceful place “down the deep green lane that ended in the river itself…this happy place where almost everybody wore seaboots, and land, in comparison with water, seemed hardly to matter at all” that he set the opening of his book We Didn’t Mean to Go to Sea (1937).

Norwich’s history is rich in literature. It was England’s first UNESCO City of Literature in 2012, it’s home of the first woman to write a book in English (Julian of Norwich), the University of East Anglia pioneered the first Creative Writing MA under Malcolm Bradbury in 1970 and the National Centre for Writing was the first of its kind in the country in 2018. In 2019 Norwich began using Norwich, the City of Stories as its city brand born out of its literary history.

And its stories reach far and wide. Pablo Fanque was a Norwich circus owner who featured in The Beatles track ‘Being for the Benefit of Mr. Kite!’; Sarah Ann Glover brought the world the Tonic Sol-fa method – Do, Re, Mi, Fa, So, La, Ti, so without Sarah Ann Julie Andrews might have missed out on one of her most famous ditties; Sir Thomas Browne (1605-1682) was a polymath and single greatest writer associated with Norwich. Browne wrote Religio Medici and is famous for creating many new words in the English language including electricity, computer, literary, medical, pathology and hallucination.

And let’s not forget the original Nosey Parker, Matthew Parker, who protected Queen Elizabeth I, and Sir Thomas Erpingham, who lead the Welsh archers at Agincourt and inadvertently gave us a very naughty two-fingered salute.

A brief history of Norwich time 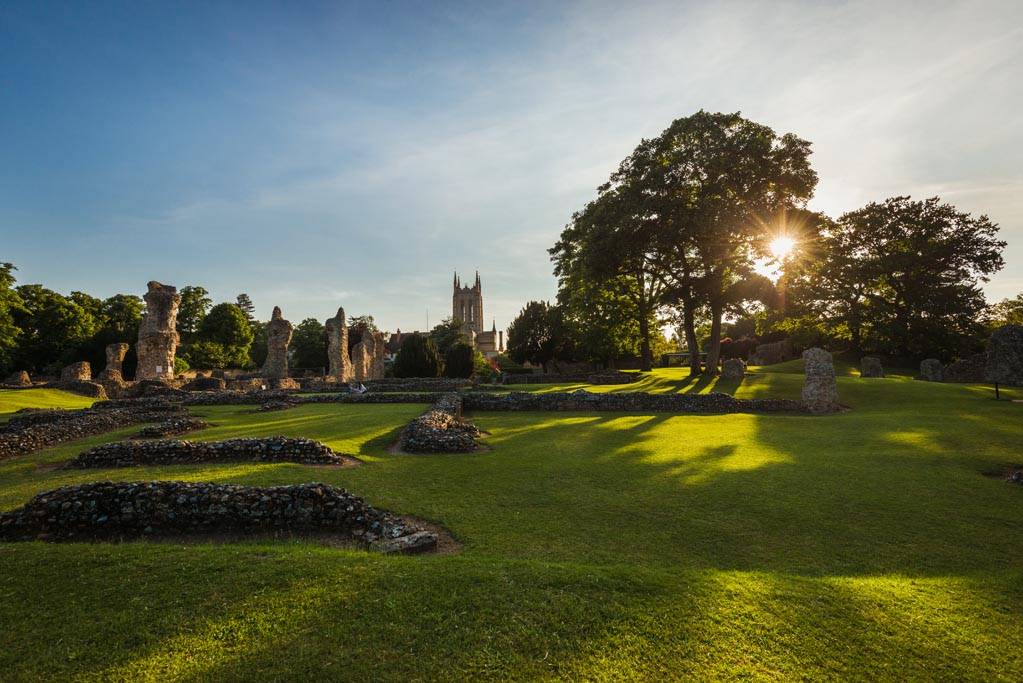 Horrible Histories author Terry Deary brings to life some of Bury St Edmunds most gruesome tales, especially for children, at Moyse’s Hall Museum. There are hands-on exhibits too, including a gibbet cage, a ball and chain and a real Norman sword.

Also at Moyse’s Hall Museum is a collection of witchcraft artefacts, including a rare 17th century Elder Wand (mentioned I Harry Potter), mummified cats and other things bricked up in the walls of Suffolk properties to ward off witches.

At Angel Hill you’ll see a film location from 2019’s The Personal Life of David Copperfield. Fittingly, Charles Dickens did visit. He stayed at The Angel and did readings at the Athenaeum.

In the Abbey Gardens look out for ‘Our Liberty’, a lasting memorial to the town’s links to the Magna Carta. It was here in 1214 that a group of barons swore at St Edmund’s Altar that they would obtain from King John ratification of what has become of the most important documents ever written. They succeeded on June 15th the following year at Runnymede.

Bury’s role in the Magna Carta 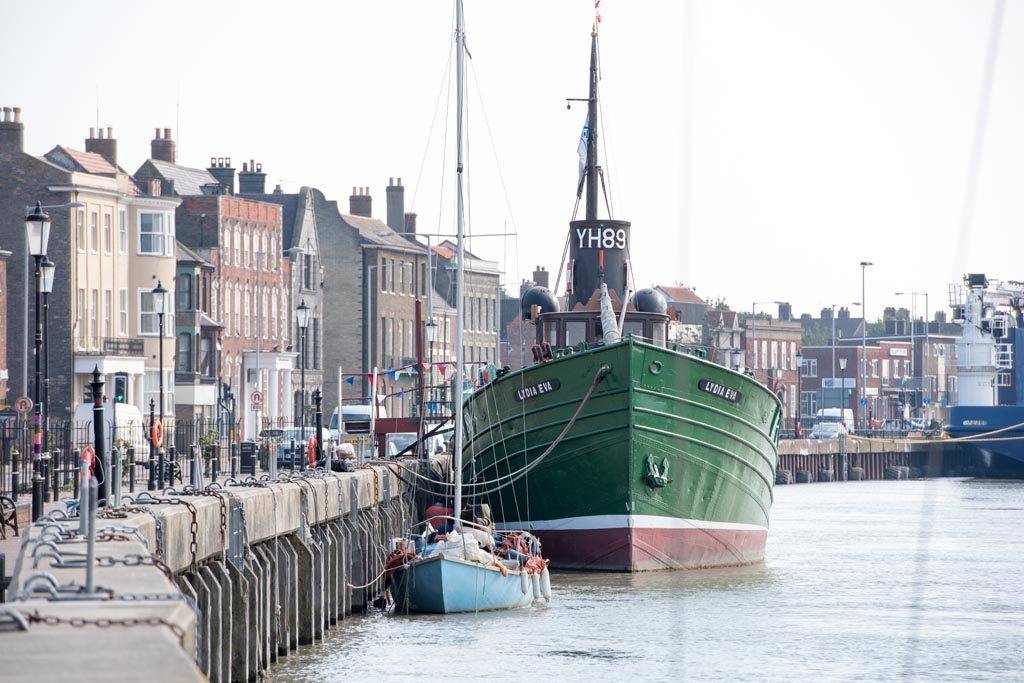 Robinson Crusoe author Daniel Defoe acclaimed the South Quay as ‘the finest in England if not the world’. Up the coast at Winterton-on-Sea our eponymous hero experiences his first shipwreck.

The town is also the birthplace of Black Beauty author Anna Sewell. She was born in a timber-framed house close to St Nicholas Minster in 1820 which is still there today. Aged 14, she suffered a bad fall which left her disabled and dependent on horse-drawn transport. An immediate success, the book was published just three moths before she died. 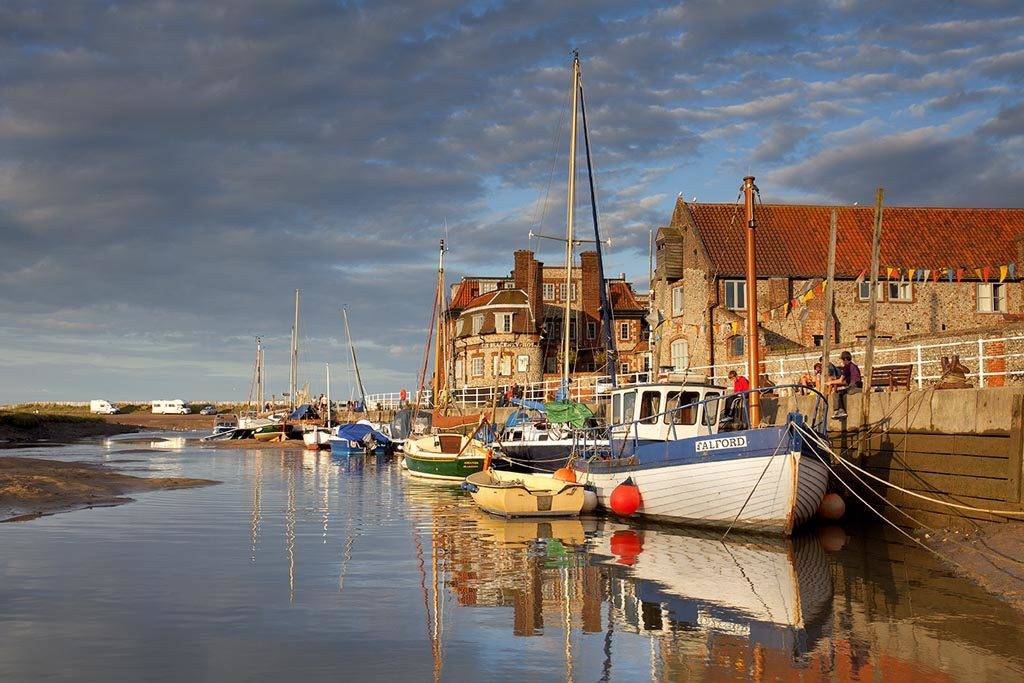 While writing his famous second world war novel The Eagle Has Landed, Jack Higgins based himself at this picturesque coastal village. The church in the fictional village of Studley Constable is based on St Margaret’s at nearby Cley-next-the-Sea. Fittingly, some of the movie was shot along the coat at Holkham. 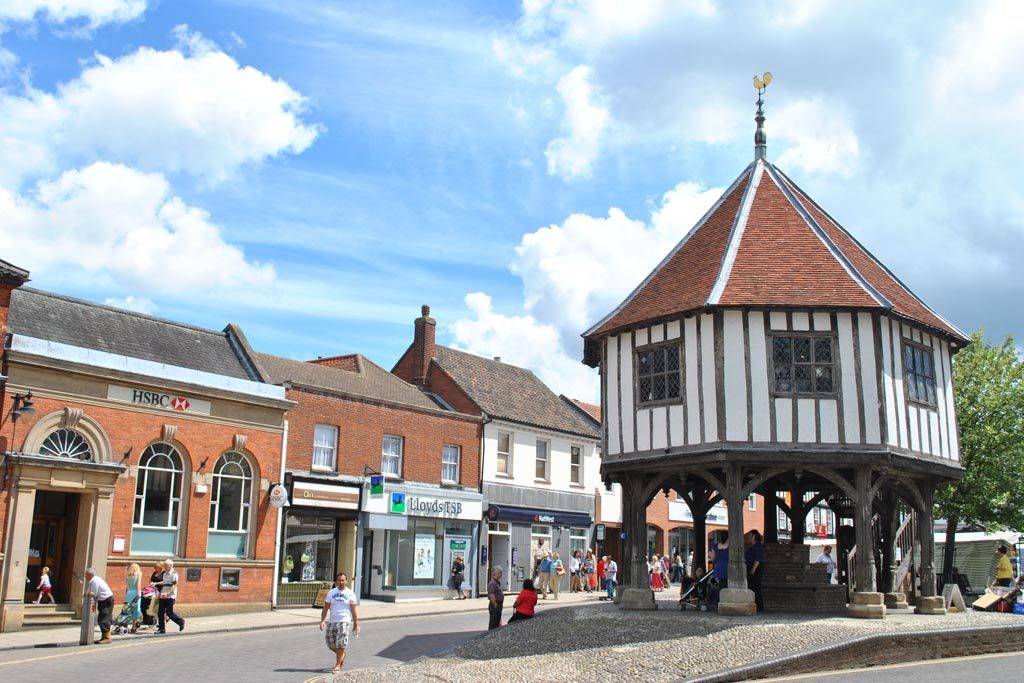 The most famous inhabitant of the lovely south Norfolk market town of Wymondham, in 1549 Robert Kett led his eponymous Rebellion of peasants and small farmers angered by the enclosure of common land. His rag-tag band of protesters fought for and held the city of Norwich for six weeks until defeated by the King’s forces. It didn’t end well… he was hanged at Norwich Castle. 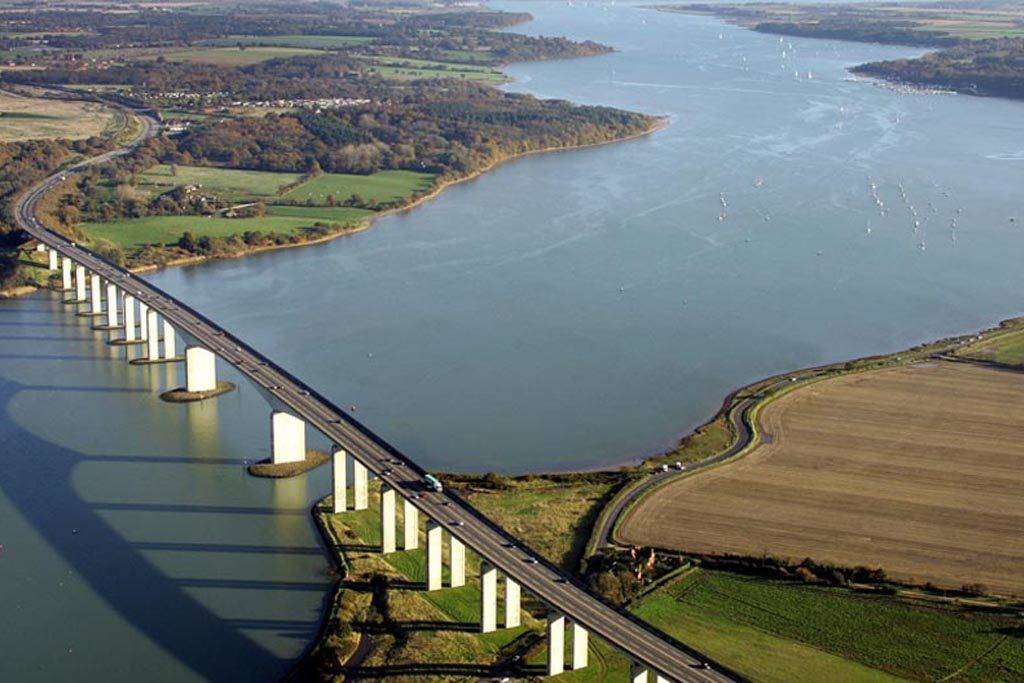 Many writers have childhood memories of Suffolk, having visited during family holidays or attended school here. Eric Arthur Blair (aka George Orwell), best known for his works Nineteen Eighty Four (published in 1949) and Animal Farm (1945), went to school near Southwold and later returned to live in the town in his family home.

He adopted the nom de plume George Orwell, inspired by the River Orwell, which flows through the county, because he thought “it is a good round English name.” 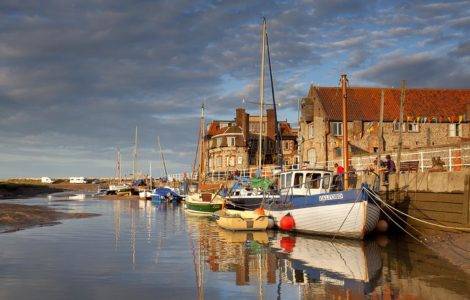