Unexplored treasures – seek out the different and hidden

Much of the East of England’s history is in full view, but there are other gems to track down across the region. Everyone loves a Treasure Hunt don’t they? So let’s start with a search for the Crown Jewels… 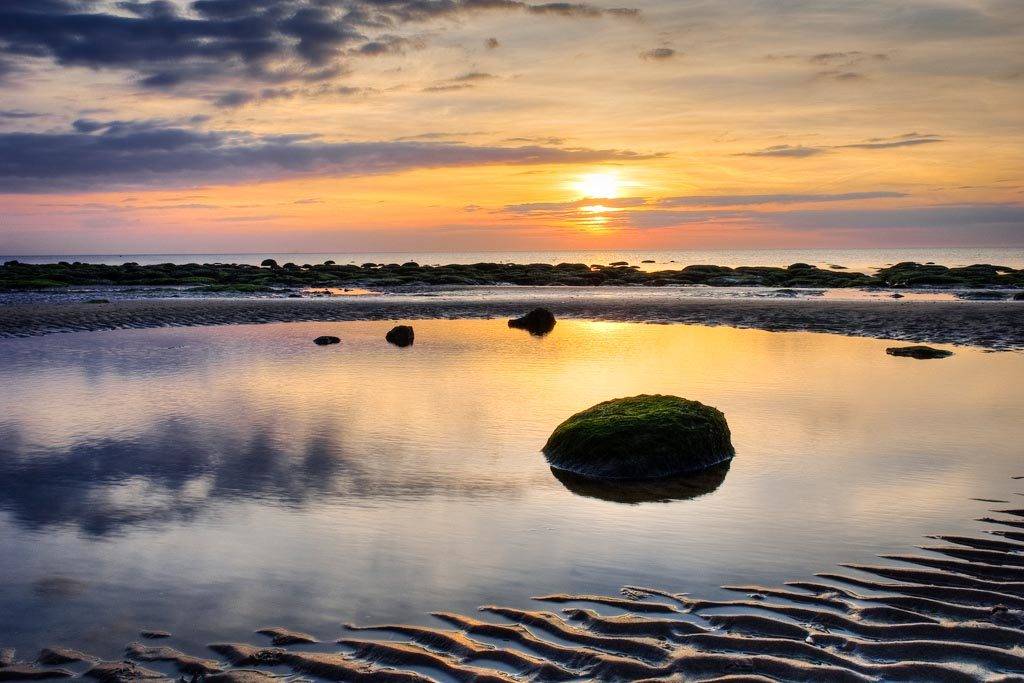 If you need an excuse to visit The Wash then how about hunting for the Crown Jewels of Bad King John, lost in the estuary after his baggage train got mired in mud and an incoming tide took them forever.

The Wash and surrounding Fens is a unique landscape teeming with wildlife, particularly waders and migrating birds and also common seals who you can take a boat trip to see.

20kms wide and 30kms long, this shallow bay to the North Sea is the largest estuary system in the British Isles, with saltmarsh, shingle banks, tidal creeks and mudflats. Just imagine the days when Viking longboats sailed up here to ransack Ely and Cambridge.

In King’s Lynn town centre you’ll discover a life-size bronze statue to King John gazing mournfully out to the River Great Ouse – wondering whatever happened to his precious jewels. 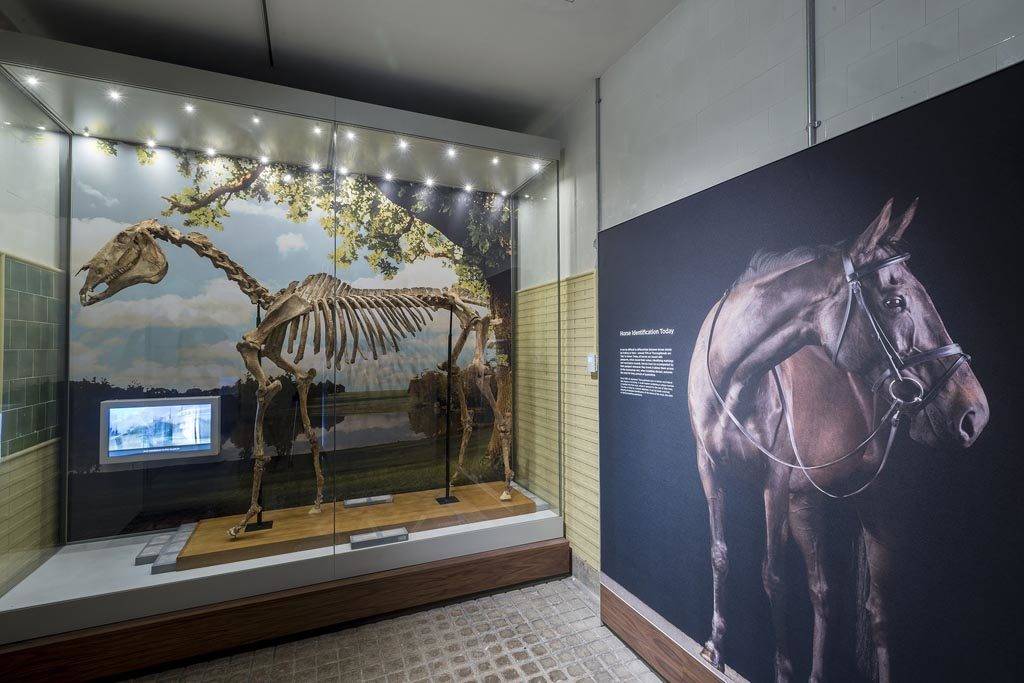 It was Charles II who made horse racing popular and he had a sporting palace and stables built that spans five acres in the heart of the town. Today it houses the National Horse Racing Museum, a National Gallery of British Sporting Art and the flagship home of Retraining Racehorses.

This amazing artwork was actually hidden in plain sight in the Cathedral for 204 years. When the Puritans came to ransack the Cathedral in 1643, a quick-thinking warden turned the painting, celebrating the 1381 defeat of the Peasant’s Revolt, upside down and used it as a table. Norfolk’s greatest surviving painted treasure, it was only rediscovered in 1847 – perhaps by someone playing hide and seek.

While you’re in the Cathedral, look out for the medieval graffiti that began with the masons who started construction in 1096. They carved petal-shaped designs to ward off bad spirits. Later Norwich folk through nothing of inscribing the Caen stone with everything from medieval ships and pious exhortations to supernatural curses and slanders. 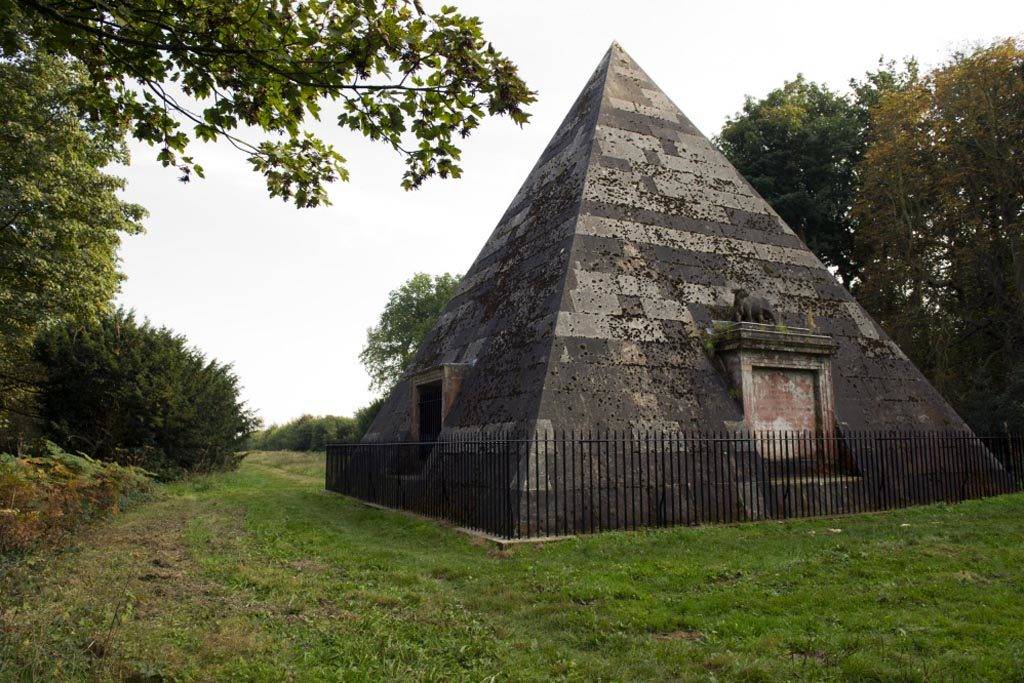 Who knew there was a pyramid in Norfolk? Well, there is, at the magnificent National Trust Blickling Hall. It’s a mausoleum built in 1794 for the 2nd Earl of Buckinghamshire. You’ll find it in the Great Wood if you’re out and about walking in the estate. Who knows, you might see the ghost of Anne Boleyn there too – it was her family home. 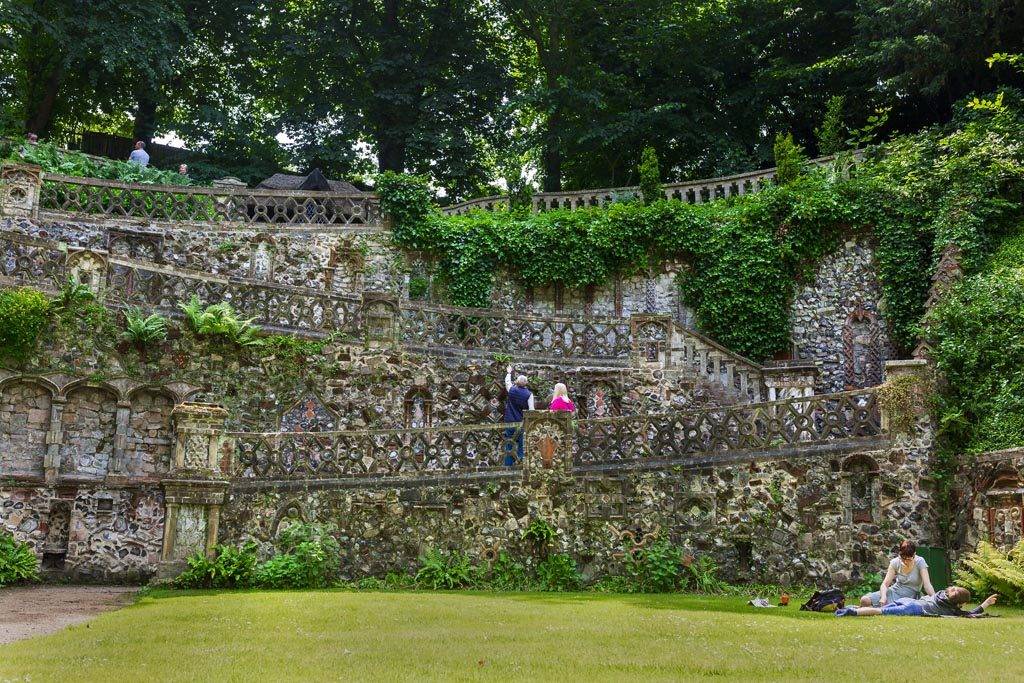 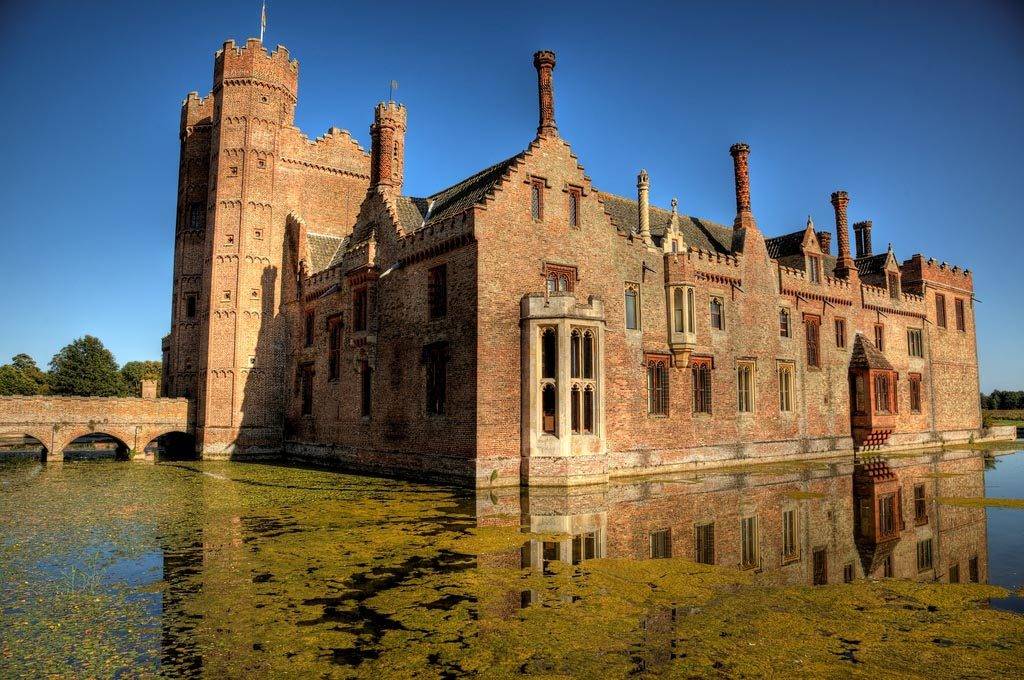 This magnificent moated National Trust property has seen its fair share of history. The Catholic Bedingfield family have lived at Oxburgh since 1482, and things got sticky for them during the reign of Queen Elizabeth I and the Civil War. If Jesuit priests were captured they’d be imprisoned, tortured and even killed. Just as well Oxburgh has a Priest Hole which you can still see today.

Look out for the secret doors too that allowed servants to move around the house without being seen by the family or guests. Ingenious! 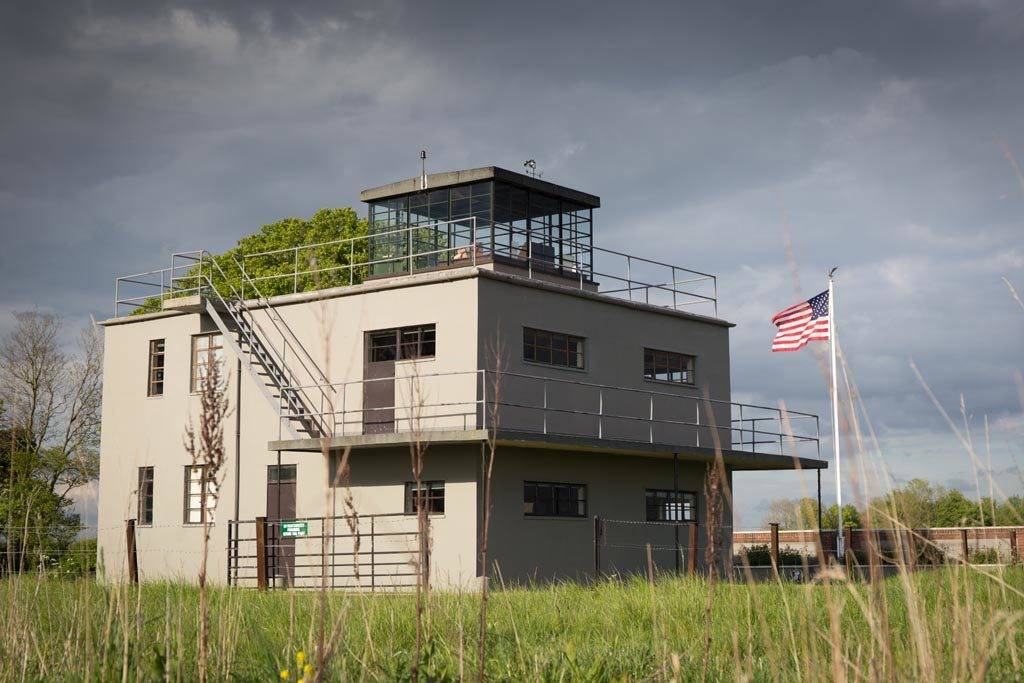 Between 1942 and the end of the second world war, more than 350,000 American servicemen transitioned through the East of England, most part of The Mighty Eighth Air Force who bravely sacrificed their lives in daring daylight raids of strategic targets in Nazi-occupied Europe.

Thorpe Abbotts near Diss was the home of the celebrated 100th Bomb Group. Go along today and you can learn more about their story in the excellent museum and even visit one of the few remaining control towers.

Apple TV and Tom Hanks’ and Steven Speilberg’s production companies are currently making a series based on Donald L Miller’s Masters of the Air which will prominently feature the story of the 100th. 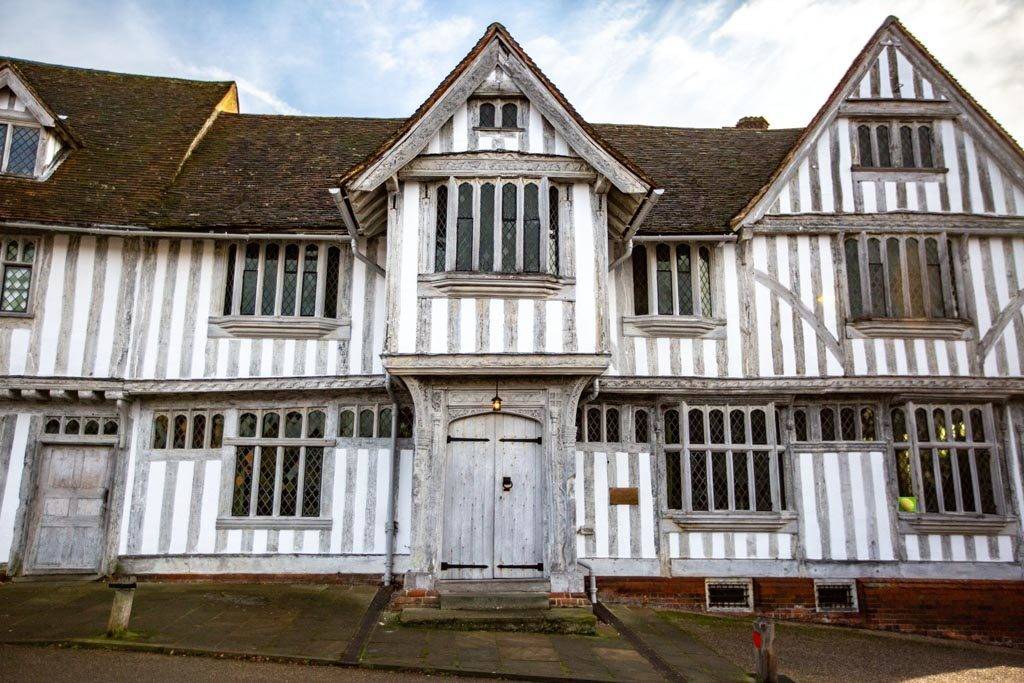 Perhaps the quintessential medieval village, Lavenham is a community that rewards those who explore it on foot. Higgledy-piggledy houses and hidden back streets reveal themselves as you investigate. You’ll feel as you stepped back in time, or at least to the Harry Potter film Deathly Hallows Part 1 – The Guildhall was the mini wizard’s parents’ home.

Here there be dragons! Well, yes, there is one, at Bures on the border of the Dedham Valley Area of Outstanding Natural Beauty. Set in delightful countryside, the best view is from St Stephen’s Chapel.

A treasure that was buried for over a thousand years was discovered in 1939 at Sutton Hoo near Woodbridge – an undiscovered ship burial with a wealth of Anglo-Saxon artefacts of major archaeological significance. Most of the objects are now in the British Museum but you can see replicas here today.

Learn about how the Anglo-Saxons lived and enjoy the walks through beautiful countryside with stunning views down to the River Deben and Woodbridge. 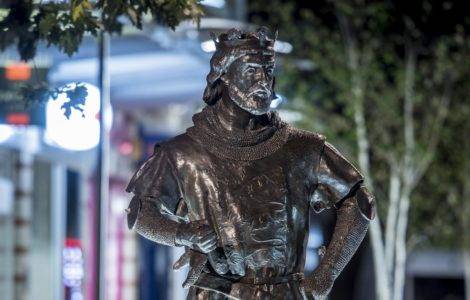